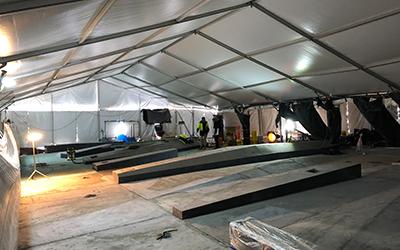 The National Police Memorial is situated in Kings Park on the northern shore of Lake Burley Griffin. The Memorial is an important tribute to Australian Police Officers who have been killed on duty or died as a result of their duties since the start of policing in Australia and to recognise the unique nature of police service and the dangers that police face in their daily pursuits.

The project commenced construction on site in March 2018 and was completed prior to the annual National Police Memorial Remembrance Day service on 28 September 2018.

We are delighted to announce that we have won the MasterBuilders ACT 2019 Excellence Awards in Landscape Design & Construction – Commercial for the National Police Memorial Project. We thank and congratulate our client, National Capital Authority, delivery partners, and our team. The award represents collaboration and the shared commitment to deliver the project to a high standard.